A trip to Nepal is a lifetime dream of many tourists around the world as it is an incredible country rich in varieties of amazing places. Here are the top 10 beautiful places to visit in Nepal. Take a look at them. Kathmandu is the capital and largest city of Nepal. It is equally known as the city of temples. The city is considered as the gateway to the Nepalese Himalayas and home to several world heritage sites: the Durbar Square, Swayambhunath, Boudhanath and Pashupatinath. Once you are here, don’t forget to reach out to these places. The bustling streets, dusty roads, historic sites, shrines, restaurants and the unmanaged crowd of people add a little dazzling emotion in the journey. Pokhara is considered the tourism capital of Nepal, as it is a base for trekkers undertaking the Annapurna Circuit through the Annapurna Conservation Area region of the Annapurna ranges in the Himalayas. This beautiful city lies on the shores of Phewa Lake. Pokhara is very much famous among the national as well as international tourists because of its beautiful sunrise scene, Massif Glaciers, Massive forests, underground caves, beautiful waterfalls and so on. The newly opened Bars and club enhance the fun factors of the city.

Nagarkot is one of the famous tourist spots in Nepal. it is considered one of the most scenic spots. It is known for a sunrise view of the Himalayas including Mount Everest as well as other peaks of the Himalayan range of eastern Nepal. Nagarkot also offers a panoramic view of the Kathmandu Valley. The scenic beauty of the place makes it a very popular hiking route for tourists. The popularity of this place is increasing day by day because of its beautiful sunrise scene only. Chitwan National Park is the first national park of Nepal which also comes under the UNESCO World Heritage Site in Nepal. It is really an amazing spot for the people who want to explore nature and wildlife. The rare one-horned rhinos and Bengal tiger can only be found in its forests. Moreover, it also occupies wild elephants, leopards, sloth bears, hundreds of species of birds which can only be found in Nepal. It gives a very magical natural feeling in its Jungle safari. Don’t forget to take a jungle safari when you are in Chitwan National Park. Illam is called Nepal’s Tea District because of its beautiful tea gardens. If you are a genuine tea lover, you must visit Illam and have a cup of tea there. Also, the beautiful scenes of tea garden on the far hills really touch the heart of the traveller. You will definitely get to experience the heavenly feeling while drinking the tea with the beautiful vision of the green tea garden. Bandipur is a hilltop settlement and a municipality in Tanahun District, which is very much famous for its Siddha Gufa (Caves) and its Newari culture. Because of its preserved, old-time cultural atmosphere, Bandipur has increasingly been coming to the attention of tourism. It is one of the best tourist destinations of Nepal. Bandipur is famous for Newari people and their cultures. The Annapurna Circuit is a trek within the mountain ranges of central Nepal. This trek crosses two different river valleys and encircles the Annapurna Massif. Trekkers hike the route anticlockwise, as this way the daily altitude gain is slower, and crossing the high Thorong La pass is easier and safer. Annapurna Seven Passes Trek or Annapurna Seven Hills trek is also popular in the region. Annapurna Circuit has often been voted as the best long-distance trek in the world, as it combined, in its old full form, a wide variety of climate zones. Lumbini is a Buddhist pilgrimage site located in Nepal. It is the birthplace of  Siddhartha Gautama (Buddha). This place has its historical and cultural importance. The place is equally famous for the Ashoka pillar, made by Ashoka, a great king from India, which is said to be the evidence of the birth of Lord Buddha. The world peace pagoda (Shanti stupa) is also one of the major attraction of this place. Mustang is a remote and isolated region of the Nepalese Himalayas. It is the second least populated district of Nepal. This area is noted as one of the best trekking areas in Nepal and a favourite destination for local as well as international tourists. The destination is reached through Jomsom- which is also surrounded by the beautiful cold environment. The attractions in this place are the snowy mountains as well as the cultural diversities in the people. Apple is the most commonly found fruit in this region. Due to the excessive apple cultivation, people make dried-apple and preserve it for the offseason.

Rara lake is known as the biggest and deepest fresh lake in the Nepalese Himalayas. Next to the lake, Rara National Park is located which is equally famous for its flora and fauna. The lake also provides a clear reflection of the Mount Kanjirowa, enhancing the natural beauty. It is believed that the colour of water in this lake changes according to time in a day. Despite the road to the destination is rough, the view of mountains, hills and the lake satisfies the visitors. 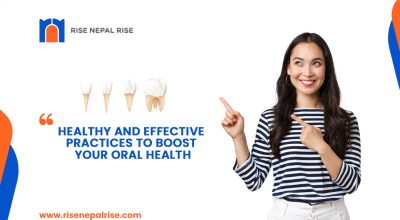 Healthy and effective practices to boost your oral health 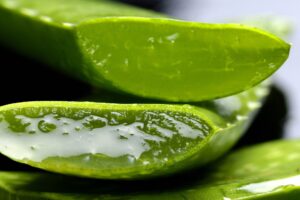 1.
Healthy and effective practices to boost your oral health